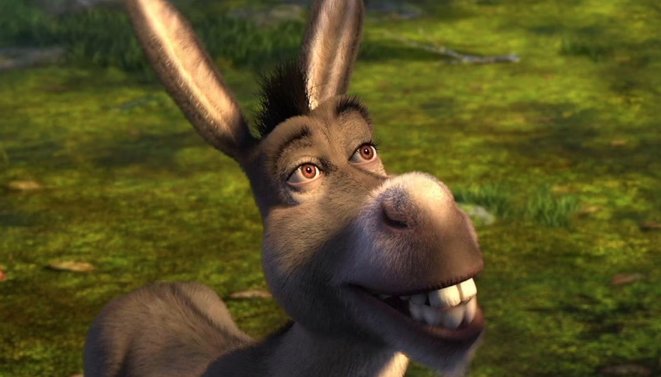 Popular culture is rife with anthropomorphic animals. Alice in Wonderland brought the Cheshire Cat and the White Rabbit among others. Classic animation would not be the same without the likes of Mickey Mouse and Bugs Bunny. More recently, Simba (The Lion King), Po (Kung Fu Panda), and their associates entered the popular canon. And the list could extend through a nearly endless bleary-eyed scroll.

All of these characters, though, have antecedents as far back as the Torah (even if one puts aside the Edenic serpent, which is a separate conversation). In Parashat Balak (the weekly Torah portion of Balak), which is read this week outside of Israel, the prophet Bilaam rides his donkey to meet Balak, who wants to curse B’nei Yisrael(the Israelites). After Bilaam beats the donkey for making the ride too bumpy, the donkey turns to Bilaam and asks what he has ever done to deserve such treatment. There is a certain humor to this scene of an animal castigating its owner, and it is even more humorous if one pictures Eddie Murphy as Donkey. However, there is also something chilling about it as Bilaam, a prophet of God, is unable to see the menacing messenger of God that is causing the donkey to swerve and lie down.

After this episode, Bilaam continues on his way but is unable to fulfill his mercenary mission. No matter what Bilaam tries, God puts only blessings for B’nei Yisrael (including the words of Mah Tovu) into his mouth, blessings that B’nei Yisrael are unaware are being given. Again, this is a strange interlude in the Torah and raises the question of why the Torah would relate this narrative in which B’nei Yisraelappear only as the objects of Bilaam’s words and not as subjects. Many years ago, I heard Rabbi Yoel bin Nun explain that this narrative is placed here, in the middle of difficult incidents, to show that God loves the Jewish people and blesses them even when they have difficulty staying on a proper path.

This Sunday begins the traditional observance of the Three Weeks, the time that commemorates the breach of the walls of the Temple in Jerusalem on the 17th of Tammuz until its ultimate destruction on the 9th of Av (among other tragedies that have befallen the Jewish people). It is meant to be a period of mourning, something that feels all too familiar these days when it can seem as though blessings are missing from the world. However, the narrative of Bilaam provides a reminder that blessings are present even if we are not immediately aware of their existence.