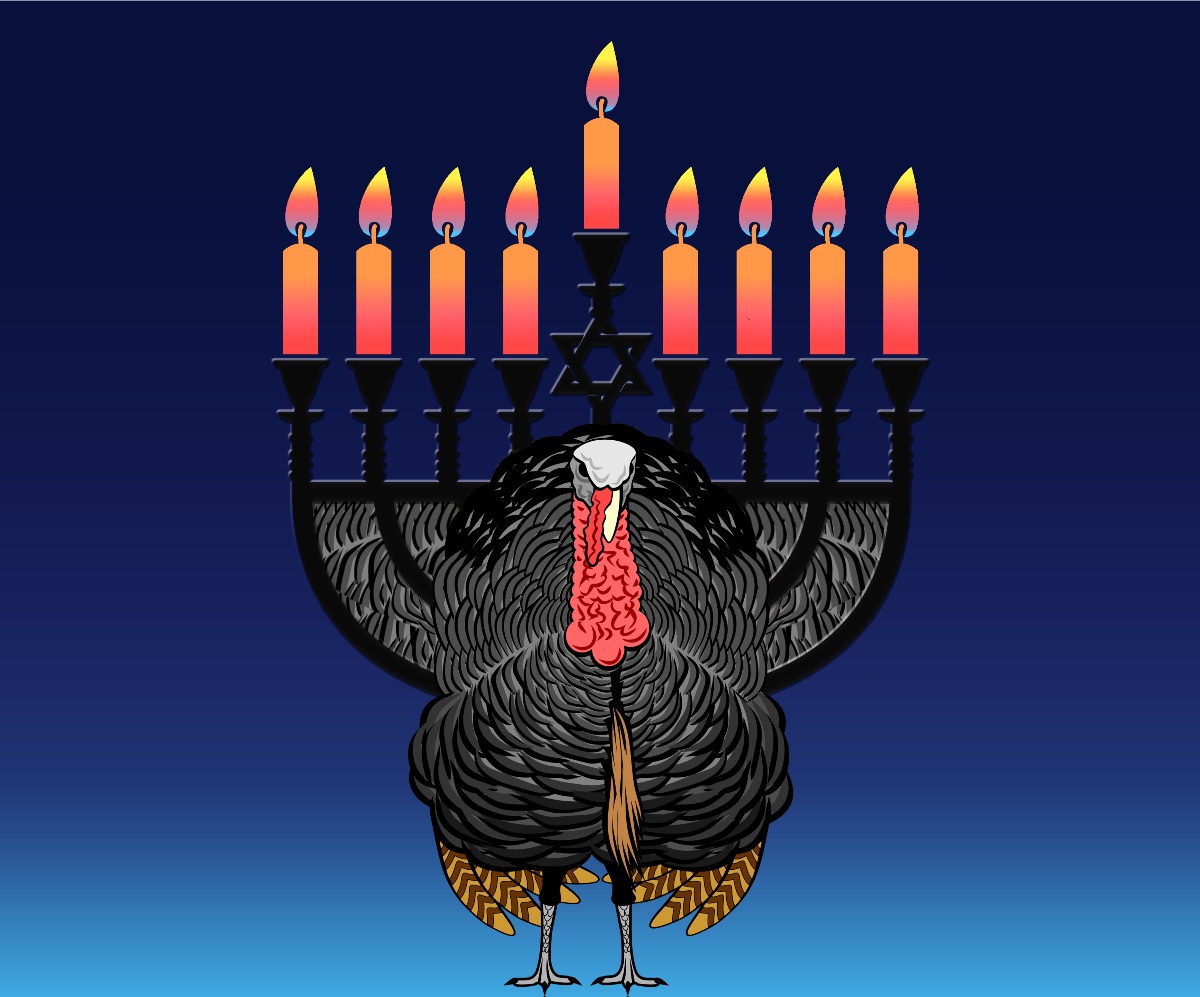 Several years ago, American Jews had the opportunity to celebrate a holiday that might be a once-in-a-lifetime event. Thanksgivukkah was a major event that had American Jews figuring out just the right way to celebrate the confluence of Thanksgiving and Hanukkah. Certainly, American and Jewish ingenuity came together to create the Menurkey, that ingenious combination of a turkey and the Hanukkah menorah. It might even be reasonably assumed that some people roasted their turkeys over an open flame in commemoration of the Temple in Jerusalem.

But strip away the creative portmanteau and fowl candelabras, and one might ask whether there is a true connection between the secular Thanksgiving and the religious Hanukkah. After all, Thanksgiving began as a way to celebrate the harvest, a subject more closely aligned with the Jewish holiday of Sukkot; while Hanukkah, the Festival of Lights, celebrates the victory of the Maccabees over the Assyrian Greeks and the miracle of the oil lasting eight days after the rededication of the Temple.

I think the connection can be found in the Al HaNissim prayer insertion that is said on Hanukkah. In the daily prayers, it is added during the section of thanks. It concludes with words of praise and thanks for the various miracles that God performed to give the Maccabees a victory over the Assyrian Greeks. Indeed, Hanukkah is specifically eight days of giving thanks for the miracles of the holiday.

So, this year, as Thanksgiving and Hanukkah fall within four days of each other, take the opportunity to give thanks for all of the miracles that we have in the world. Yes, there is always much work to do and the day is short; but there are also many good things to be thankful for.

From all of us at JTeach, thank you for your continued support.

Have a Happy Thanksgiving and Happy Hanukkkah!